Your Jewish Religious & Cultural Center in Arizona's Santa Cruz Valley since 1995. Beth Shalom Temple Center opens its doors to all who seek friendship and a spiritual connection. 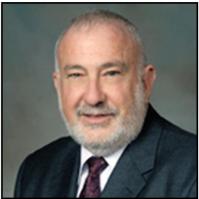 Your Jewish Religious & Cultural Center in Arizona's Santa Cruz Valley since 1995. Beth Shalom Temple Center opens its doors to all who seek friendship and a spiritual connection.

For over 25 years, Beth Shalom Temple Center has been the religious and social center for all aspects of Jewish life in the Santa Cruz Valley. Serving folks from Green Valley and Sahuarita through Vail, and locations southward, we are an open and welcoming environment for all to find inspiration, camaraderie, and spiritual comfort.

Due to the Coronavirus pandemic, Beth Shalom Temple Center's building has been shut down since March 2020, but the temple has never been busier, offering a wide variety of religious, educational, and social activities to keep their members and guests engaged. Through the power of Zoom, YouTube, and other electronic means, programs and services are now reaching those who previously may not have been able to travel to temple.

BSTC's Rabbi, Norm Roman, moved to Quail Creek from the Detroit area with his wife, Lynne. Rabbi Roman served as Senior Rabbi at Temple Kol Ami in Michigan for 30 years. His leadership brought that congregation to local and national prominence. While visiting the Green Valley area seeking a place for retirement, Rabbi Roman led a service at BSTC shortly after the horrific attach on three Pittsburgh synagogues. His calming, compassionate voice console and reassured the congregation. Since joining BSTC, Rabbi Roman has been leading Friday Night and Saturday morning Shabbat services via YouTube. He has also been conducting classes, contacting members in ill health, and consoling/counseling those who need such services. The presence of the Rabbi and Lynne Roman supports and benefits temple members personally, the congregation as a whole, and BSTC's standing in the community.

BSTC has both a very active Brotherhood and Sisterhood. Since the pandemic struck, socially distancing has stalled the longtime monthly Bagel Breakfast event and the Sisterhood's annual Mah Jong tournament. The Brotherhood has begun making and selling bagels once a month instead, and the Sisterhood meets monthly via Zoom, anxious to get back to in-person events like baking challahs and hamentashen!

The History of BSTC:
It was a balmy day in Green Valley in the fall of 1981 when a young man came up and introduced himself as Jack Stone. He had moved to Green Valley from Chicago to help sell condominiums. He had noticed the Star of David necklace Ros was wearing and asked if we were Jewish. He had been looking for some Jewish friends, to no avail, and came to the conclusion that there weren't any Jews in Green Valley. Through a series of outreach actions, a group of about 30 Jewish people found each other and began to celebrate social and Jewish events together.

The group decided to call themselves The Jewish Friendship Club of Green Valley and met more often, on the second Sunday of each month for bagels and coffee at Pima Savings. Money was collected from each of the attendees to offset the costs.

The mission of the club was to establish a viable Jewish presence in Green Valley, where newcomers could meet to find friends and information about activities in town. We adopted a pay-as-you-go philosophy to cover the costs of each of our programs by the persons attending. Every affair was a break-even event run by the members who volunteered, without taxing those who did not attend.

A PROUD MEMBER OF 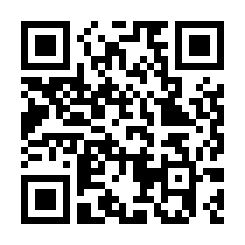